Probing of Cells and Tissue in Microbial Mats and Leaves

A “working fiber” (MF-F, accessory), which is inserted into a leaf or a photosynthetic mat, measures photosynthetic gradients inside the sample. For easier penetration, the working fiber can be pulled out to a tapered tip of 10 to 30 μm. 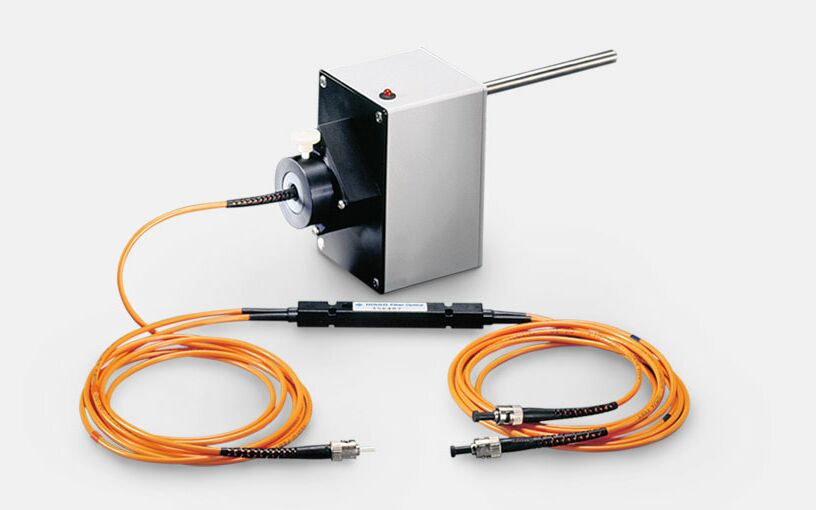 Outstanding Properties of the MICROFIBER-PAM

For fluorescence measurements, the fiber optic coupler guides light from the LED via a single fiber to the sample, and it transmits the fluorescence emitted by the sample to the photomultiplier. Color filters prevent LED light from reaching the photomultiplier. To measure light attenuation, the two sample fibers are placed at opposite sides of the object of study and color filters are removed (see Figs. 1 and 2 below).

Fluorescence excitation and detection are controlled by the PAM-CONTROL unit, which allows stand-alone operation of the MICROFIBER-PAM but also functions as an interface for operation of the system by a Windows computer.

The PAM-CONTROL unit can be operated by the WinControl software versions 2 or 3. The system includes, an RS-232 cable, a USB-RS-232 adapter (when an RS-232 port is not available), a charger MINI-PAM/L, a cable to connect a chart recorder, a transport box, and a stand (ST-101). 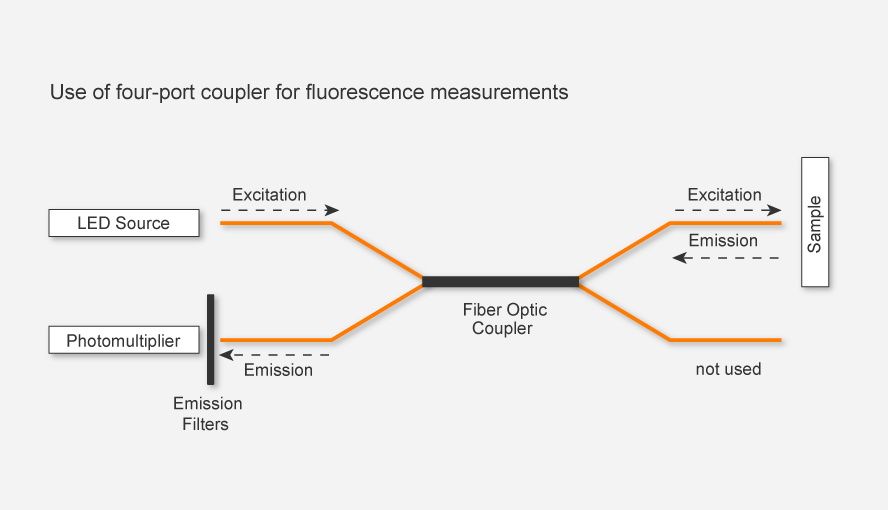